Ideology and Politics in China in the Past Three Decades

Thank you! Your submission has been received!
Oops! Something went wrong while submitting the form. 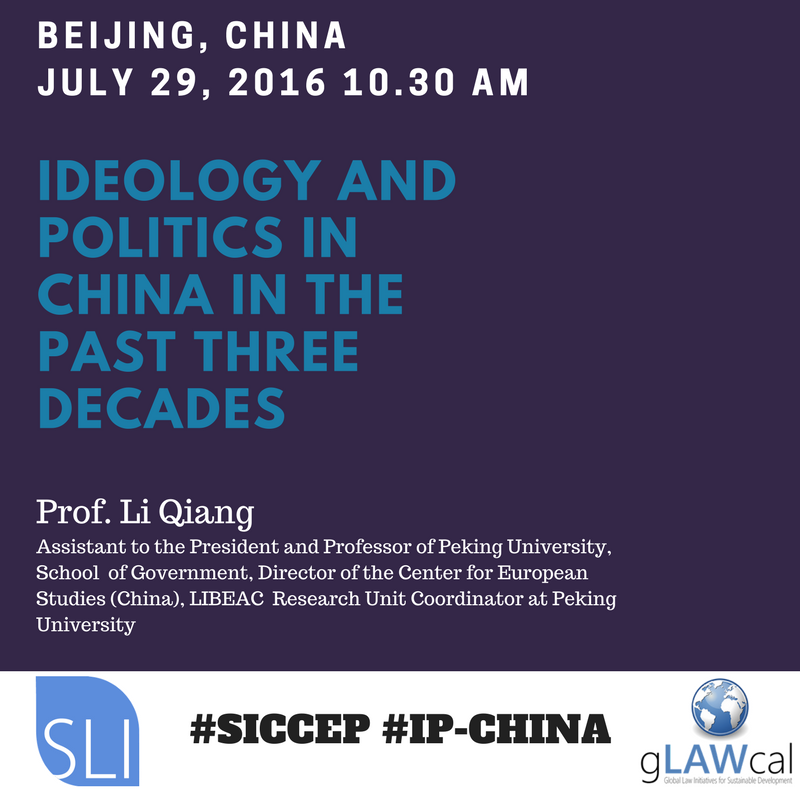 On July 29, 2016, gLAWcal organised a lecture of Professor Li Qian (Peking University, School of Government, Beijing, China) on “Ideology and Politics in China in the Past Three Decades” in the framework of the People Program (Marie Curie Actions) of the European Union's Seventh Framework Programme FP7-PEOPLE-2012-IRSES under REA grant agreement n°317767, Acronym of the Project: LIBEAC (2011-2016) “Liberalism In Between Europe And China", Work-Package 4.