The Impact of Climate Change on Health in the MENA Region

The Middle East and North Africa (MENA) region is among the many places where climate change is already causing a huge rise in temperature in recent years. This rise is projected to increase in the following decades where experts and scientists are claiming that in few decades, several areas in this part of the world will become inhabitable.  Such scenario will lead to either internal migration within the same country or to international migration as entire states would become inhabitable which will likely result in the creation of climate change refugees. According to Jos Lelieveld of Germany's Max Planck Institute:

"Due to the desert warming amplification" — a feedback loop that accelerates temperature increases in already-hot desert climates — "summers [will] become so hot in the MENA that human habitability is compromised." He further states that “the desert amplification effect on the region was "stronger than anticipated."

In fact, experts are already predicting that the places that are already experiencing extremely hot summers will be completely inhabitable by the end of the century unless emissions from fossil fuels are curbed immediately. In his paper, “Regional Climate Change and National Responsibilities”, James Hansen estimates that:

“The tropics and the Middle East in summer are in danger of becoming practically uninhabitable by the end of the century if business-as-usual fossil fuel emissions continue, because wet bulb temperature could approach the level at which the human body is unable to cool itself even under well-ventilated outdoor conditions.”

Even in the best case scenario where the increase in heat waves and temperature would not make entire areas and countries inhabitable, such change will have a huge negative impact on the citizens health in the Arab countries. In fact, such impact could be already seen in plenty of places in the last few years.

The major direct effect of heat waves in general and in the MENA region in particular is the increased mortality rate because of the heat waves that led to droughts for instance which affected water and as a result the agriculture. One could only wonder whether the heat waves that took place in 2011 leading to droughts in places like Syria did not constitute one of the many reasons that led to the occurrence of the Syrian revolution. The authors of the recently published paper “Strongly increasing heat extremes in the Middle East and North Africa (MENA) in the 21st century” stated that:

“A clear relationship between high temperatures and cardiovascular mortality by cerebrovascular disease, ischemic and other heart diseases has been identified.”

As a matter of fact, increased heatwaves will affect the most vulnerable part of the population at first such as the elderly, the children and anyone with a permanent sickness. These people will be the most affected as a result of worsening climate conditions. Already for instance in several places in the MENA region, the number of people entering hospitals has seen an increase which was associated with the increase in temperature.

The rise of the temperature in many places has affected and will indeed affect in the future the economy of any state as the productivity level of workers decreases resulting in huge economic losses. The health risks associated with the heat waves have worse effects on workers having out door jobs such as farmers and builders. This category of people is expected to suffer the most under these circumstances in particular in the MENA region where a high number of workers are still having traditional or manual jobs in rural areas or even in the cities.

Moreover, increased heat also affects the air pollution levels as there is plenty of evidence that such events have indirect negative consequences on the air in a given territory specially when the area suffers already from air pollution. Not only the pollution levels will increase but also smog as well as a result of high temperatures.

What is more important, is that extreme heat is going to lead to the widespread of new diseases in the region which otherwise in normal temperatures would not stand a chance to survive. These diseases and viruses have never been seen before, as such it would be very hard to come up with an immediate medicine for what is likely going to become a large epidemic.

The impact on health will not only be physical as entire populations will be forced to stay in doors without the ability to go outside because of the high temperatures. Among the many medical conditions that could be caused by high temperature, one could mention for instance heat stress. People’s mental health will not only be affected as a result of staying indoors, extreme events caused by heat waves such as droughts or physical sickness will also lead to mental illnesses such as post-traumatic stress disorder, severe depression and so on. This reality is worsened by the fact that citizens residing in developing countries such as the ones in the MENA region do not have the opportunity to go through a mental health examination in order to at least provide them with the necessary mental tools for dealing with such situations.

What can be done

It is obvious that in the great scheme of things, health issues resulting from high temperatures are not being taken too seriously so far in the MENA region. This is why, the great challenge would be to bring awareness to the citizens of the Arab countries regarding the relation between high temperatures and health issues. What is more important, is to make sure that policies are being enacted at the governmental level to tackle the potential emerging health issues as a result of heat waves. 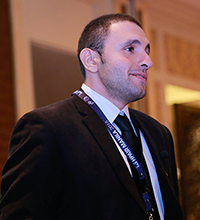