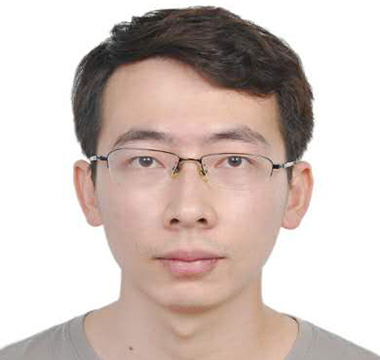 Chen Haoyu is a Fellow at gLAWcal – Global Law Initiatives for Sustainable Development and was a Visiting Researcher at gLAWcal – Global Law Initiatives for Sustainable Development in the framework of the People Programme (Marie Curie Actions) of the European Union's Seventh Framework Programme FP7-PEOPLE-2012-IRSES under REA grant agreement n°317767, Acronym of the Project: LIBEAC (2011-2016) “Liberalism In Between Europe And China -Assessing the Socio-Cultural and Politico-Legal Dimensions of the Differences in Terms of Interpretation and Enforcement of Economic, Social and Environmental Rights in Europe and China”.

Chen currently is a Ph.D. student from School of Government, Peking University and a member of Center for European Studies of Peking University. He majors in political theory, with research interests covering political philosophy, early modern political thought and, more specifically, Machiavelli’s political thought. He has gradually discovered and cultivated those above research areas since undergraduate years. He received his bachelor degree (2010-2014) in Philosophy, Politics and Economics (PPE) from Yuanpei College, Peking University with a dissertation scrutinizing Rousseau’s criticism of private property right and his solutions to this problem. He completed an essay of the same topic entitled Rousseau on Property and Freedom for the program Scientific Research of Undergraduates with the support of Chun-Tsung Endowment. He then obtained his master degree (2014-2016) in Politics from School of Government, Peking University with a thesis studying Machiavelli’s discussions of founding. His research centers around early modern political thinkers and their visions of modern politics, such as state building and the institution of property right. He believes that by returning to the very beginning of modernity and by retrieving early modern political thinkers’ arguments and projects, we may obtain an invaluable perspective unhindered by our hindsight to reflect upon modern politics that we now live in and merely take for granted. Besides, he has done some academic translations and has written several book reviews for newspapers and magazines.

Chinese native speaker, he is fluent in English, with reading proficiency in Latin.