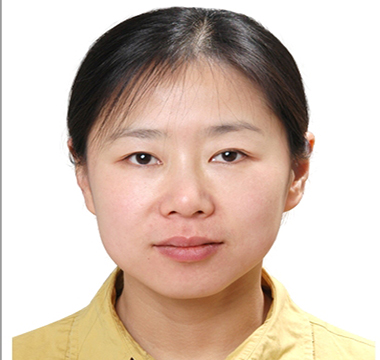 Duan Xiaomei is a Fellow at gLAWcal – Global Law Initiatives for Sustainable Development and was a Visiting Scholar at gLAWcal (2015-2016) – Global Law Initiatives for Sustainable Development in the framework of the People Programme (Marie Curie Actions) of the European Union's Seventh Framework Programme for Research and Technology Development under the funding scheme of IRSES: International Research Staff Exchange Scheme n°317767, Acronym of the Project: LIBEAC “Liberalism In Between Europe And China - Assessing the Socio-Cultural and Politico-Legal Dimensions of the Differences in Terms of Interpretation and Enforcement of Economic, Social and Environmental Rights in Europe and China”.

Duan Xiaomei works as contract research fellow of Innovation & Competition Law Center of Tsinghua University, School of Law and she is Director of Examination Division, Trademark

Duan Xiaomei joined in SAIC in 1997 after graduation from Xi'an Jiao tong University. When worked in Adjudication Division I, Duan set some kinds of model cases related to well-known trademark, international trademarks under the Madrid System, co-owner trademarks, geographical indications and so on. After promotion as deputy-director of Adjudication Division V in 2008, Duan audited, signed and issued nearly 17,000 trademark cases rulings made by other examiners during four years. From 2012, Duan has been working as head of Formality Examination Division. Duan has participated in the third revision of Chinese Trademark Law, and its Implementation Regulations, Trademark Review and Adjudication Rules in 2013-2014. Following that, Duan as policy maker in charge of formality examination of trademark review and adjudication cases all around the country, made some enforcement regulations and 65 kinds of procedural document templates according to the revision of Chinese Trademark Law. Duan has stipulated several requirements and guidance on the submission of Trademark Review and Adjudication cases and evidences to regulate and guide more than 20,000 trademark service organizations and law firms engaging in trademark agency business. In 2016, Duan took part in the negotiation on Agreement between the EU and the PRC on cooperation on and protection of GIs. Duan Xiaomei was granted a six-month study-cum-research fellowship by WIPO (World Intellectual Property Organization) in 2010 and submitted a report on “Conflict between Trademark Right and Prior Copyright” to WIPO, which was translated to Chinese version and published by Chinese Intellectual Property Right publishing house in 2012. In 2013, Duan was invited as special author of “Brand and Trademark”, which is published as primary and secondary school textbook on IP rights education under a program organized by State Intellectual Property Office. In 2015, Duan worked as special writer of Interpretation of Article 32 of Chinese Trademark Law - no preemptive application by any unfair means of a trademark which has been prior used by another person and has a certain influence shall be allowed for registration, which is a part of work in the book Interpretation and Application of Chinese Trademark Law jointly compiled by CTMO (China Trademark Office) and TRAB.

Duan has made public speeches several times each year about adjudicating standards and typical cases analysis relating to various articles of law and all types of cases in trademark review and adjudication proceedings on invitations from China Intellectual Property Society, China Trademark Association, All China Lawyers Association, Law School of Tsinghua University and some other institutions such as QBPC (Quality Brands Protection Committee of China Association of Enterprises with Foreign Investment) or MIP (Managing Intellectual Property). Duan has given lectures for on-line training courses for government workers throughout AIC (Administration for Industry and Commerce) system in all level all around China or for lawyer’s annual practice qualification. Besides, Duan has published papers on topics such as cracking down on trademark registration in bad faith and others on China Intellectual Property News, China Trademark magazine and so on.

A native Chinese speaker, she is fluent in English.