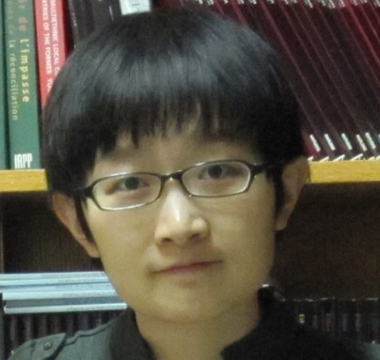 Dr. JIA Peitao is EU Marie Curie Fellow and Visiting Scholar (2015-2016) at gLAWcal – Global Law Initiatives for Sustainable Development in the framework of the People Programme (Marie Curie Actions) of the European Union's Seventh Framework Programme FP7-PEOPLE-2012-IRSES under REA grant agreement n°317767, Acronym of the Project: LIBEAC (2011-2016) “Liberalism In Between Europe And China - Assessing the Socio-Cultural and Politico-Legal Dimensions of the Differences in Terms of Interpretation and Enforcement of Economic, Social and Environmental Rights in Europe and China”. Dr. Jia is currently working on the Western political and intellectual history as well as contemporary Anglo-American moral and political philosophy as a post-doctoral fellow at Department of History, Tsinghua University (Beijing, P. R. China). His main research field includes citizenship theory, civic republicanism, egalitarian liberalism, concepts and theories of political freedom, totalitarianism and post-totalitarian authoritarianism, virtue ethics and virtue epistemology, moral psychology, Confucian moral egalitarianism, and comparative approaches to political meritocracy. He has been studying and working at Tsinghua University since 2003: received his B. Phil. in 2007 and PhD in philosophy in 2014. He was a philosophy major with liberal arts training as an undergraduate student, and started his research on political philosophy with his award-winning B. Phil. thesis on liberal and republican reflections on the origins of totalitarianism -- mainly focusing on Karl Popper and Hannah Arendt, but drawing also on Isaiah Berlin and Friedrich Hayek. After that, he naturally moved on to republicanism (with a cautious deliberation about both the alleged liberal-communitarian debate and various normative problems regarding post-totalitarian political transition and democratization), and then to republican liberalism and citizenship theory. His PhD dissertation is titled as Citizenship and Political Freedom, concentrating on active citizenship as desirable activity (especially liberal moral and intellectual virtues and deliberative democracy) and the relationship between republican negative liberty as non-domination or the absence of dependence and positive political liberty as self-government and the exercise of civic virtues. Subsequently, he has been devoting himself to developing moral and political philosophy for political transition and social transformation: on the one hand establishing a theory of citizenship based on the conception of "the right to responsibility" and the plateau of moral equality, and on the other hand engaging in a conceptual marriage between egalitarian liberalism and political meritocracy and discussing "liberal meritocracy" with such institutional elements as public deliberation, democratic accountability, and meritocratic representation. Furthermore, many a consideration over equality/inequality has brought him back to the Rawlsian theory of distributive justice and to the “coherentist” conception of freedom/liberty (and autonomy) adopted by John Rawls and Ronald Dworkin; therefore, his new academic interest includes global justice, human rights and business ethics. He writes and publishes academic articles in both Chinese and English. He has also participated in different international conferences and exchange projects. He was a visiting researcher at Queen's University (Kingston, Canada) in the academic year 2011-2012, working on citizenship theory with political philosopher Will Kymlicka. He was also a EU Marie Curie Fellow and Visiting Scholar funded by LIBEAC at IUSE - Istituto Universitario di Studi Europei (Turin, Italy) and University of Eastern Piedmont (Novara, Italy) from March to October 2015, working on liberal meritocracy and the EU institutions. Thanks to his liberal arts training, he is familiar with diverse Western and Chinese philosophical traditions as well as influential theories in social sciences. And thanks to his overwhelming interest in political challenges for China since the late Qing Dynasty, he is well-informed about all political movements in communist China. His own political orientation can be described as egalitarian liberalism. He has been working on liberalism, republicanism, and Confucianism with Professor Daniel A. Bell since 2006 -- in spite of their different orientations, he has learnt a lot from him in both methodological and substantive aspects. Now he works as an assistant researcher and seldom teaches. However, when he was still a PhD candidate, he taught comparative ethics, Anglo-American political theories, Ancient Greek philosophy as a teaching assistant at Tsinghua, and taught Confucian and Kantian moral philosophy as a part-time instructor at Peking University.  A native Chinese speaker, he is fluent in English.