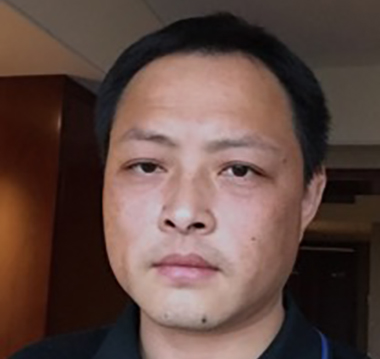 Dr. JIANG Yuhao, PhD is Fellow at gLAWcal – Global Law Initiatives for Sustainable Development and was Visiting Scholar at gLAWcal – Global Law Initiatives for Sustainable Development in the framework of the People Programme (Marie Curie Actions) of the European Union's Seventh Framework Programme FP7-PEOPLE-2012-IRSES under REA grant agreement n°317767, Acronym of the Project: LIBEAC (2011-2016) “Liberalism In Between Europe And China -Assessing the Socio-Cultural and Politico-Legal Dimensions of the Differences in Terms of Interpretation and Enforcement of Economic, Social and Environmental Rights in Europe and China”.

Dr. JIANG Yuhao is a Postdoctoral Fellow of School of Public Policy & Management, Tsinghua University in Beijing. He holds his PhD degree in Graduate of School of Chinese Academy of Social Science in 2011.

Dr. JIANG Yuhao’s research interests focus on Network Governance, Legal Reform and Social Change in China, Constitutional Theory, Regulation and Public Law. He has published several books and articles on Freedom of Speech on the Internet, Political Participation, the Spirit of Rule of Law, Legal Practices in Chinese Cities. His books contain Public Participation and Deliberative Democracy, The History of Chinese Law and Jurisprudence: 1979-2009, and Modern Rule of Law and The Spirit of Cities.

Recently, Dr. JIANG Yuhao’ research is on “experimental governance” and “critical legal studies” in the Chinese context. Charles Sabel finds some new developments from the practices of public governance in the Europe Union and the United States. For example, under the EU Water Framework Directive and its Common Implementation Strategy, member states are required to “encourage the active involvement of all interested parties” in its implementation, particularly in the “production, review, and updating of […] river basin management plans”. Then, the EU Commission reviews their plans and implementation, and promotes mutual learning among Member States. Sabel points out there is a new model of governance in the new developments that, which is called as “Experimentalism Governance”, is characterized as soft official managements in consultation with relevant civil society stakeholders. Dr. Jiang tries to observe China's practice from Sabel's perspective. Dr. Jiang has published  the translation of Sabel’s work about Experimentalism Governance.