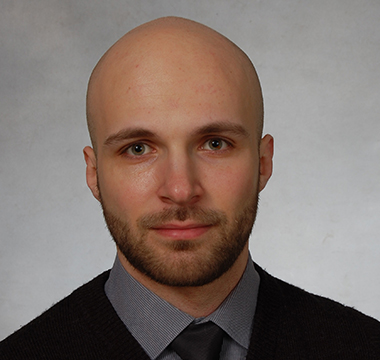 Since May 2016, Mr. Marek Prityi has been a Research Associate at gLAWcal – Global Law Initiatives for Sustainable Development. Mr. Prítyi is a PhD Candidate at the University of Cologne, Germany. His research is focused on the relationship between human rights and protection of the environment, with specific focus on the comparison of environmental procedural rights in selected Member States of the European Union, India and China. In 2018, he spent a research period at the West Virginia University, USA and in 2016, he spent a research period in Beijing, China. In 2015, he obtained degree Doctor of Law (JUDr.) at the Trnava University, Slovakia. In 2014, he obtained his LL.M. degree (Magna Cum Laude) at the University of Cologne. Prior to that, he completed studies of law at the Comenius University in Bratislava, Slovakia (2012). During his studies in Slovakia he completed the course “Austrian School of Law in Bratislava”, co-organized by the Vienna University of Economics and Business. He also spent one semester as Erasmus student at the University of Cologne (2011) and was a member of team that represented the Comenius University in Bratislava at the Regional Final of the European Law Moot Court Competition (2012). Mr. Prítyi worked as in-house lawyer in the legal department of international consulting company (2015-2016). He completed a traineeship at the German Parliament (2015) and he worked as junior lawyer at local law firm in Bratislava (2012-2013) and as pro bono legal consultant at Amnesty International (2013). Slovak native speaker, he is fluent in English and German.

Protection of Refugees under Art.3 and 5 of the Convention

2016 Environmental Law of the Slovak Republic

The Risk of Absconding under Art.28 of the Dublin-III-Regulation

The Habitats Directive and Public Participation Rights in Environmental Matters

The State of Health and Transfer under the Dublin III Regulation