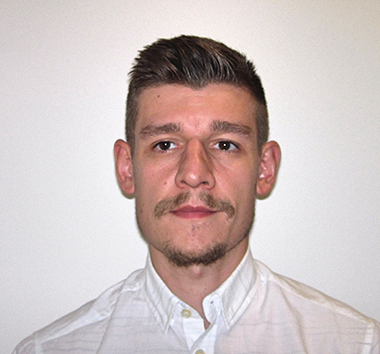 Since September 2017 Dr. Tivadar ÖTVÖS studies European Law and Economic Analysis at the Law Department of the College of Europe in Bruges, Belgium and since September 2014, Dr. Tivadar ÖTVÖS has been Research Associate at gLAWcal – Global Law Initiatives for Sustainable Development. Since April 2016, Dr. ÖTVÖS has also been appointed as Project Manager at gLAWcal – Global Law Initiatives for Sustainable Development. Dr. Ötvös studied Law at the Pavol Jozef Šafárik University in Košice, Slovakia. During his studies, he specialized in Civil Law, but he has covered also several issues from Legal Theory and Legal Philosophy especially during his PhD studies. After obtaining his master degree, he was focusing mainly on the Principles of Private Law. His dissertation thesis was about “The Basic Principles of Private Law: Boni Mores in Civil Law”, their behavior during mutual clashes, their core features and system, as well as on some leading theories regarding their philosophical background. He tried to better understand and emphasize their role in legal decision-making, while distinguishing them from legal provisions stricto sensu. During his research at the Pavol Jozef Šafárik University in Košice he actively cooperated with several other universities not only from Slovakia, but also from Hungary and Czech Republic, while attending summer schools, participating in conferences as a speaker, organizer or interpreter. From September 2013 he started to work as a junior lawyer at a law firm in Košice enriching his theoretical knowledge with practical experiences. Partially he also deals with translation of legal texts from Hungarian, English and Slovak. In June 2014, Dr. Ötvös was selected by the University Institute of European Studies (IUSE) in Turin (Italy) as Research Fellow on “Energy Independence through Wider Use of Renewable Energy Sources” and he is writing a paper on “Renewable Energy Law in Europe and China”. In July 2014, he attended the Summer Institute on Climate Change and Environmental Protection - (SICCEP) and the Summer Institute on Intellectual Property Rights and China - (IP-China) held at Peking University School of Government in Beijing, coorganized by University of Turin Faculty of Law, University of Milan and gLAWcal – Global Law Initiatives for Sustainable Development. In the summer 2014 and from July 2015 to October 2015, he was a EU Commission Marie Curie Fellow at Beijing Normal University, Beijing, China. From January 2015 to April 2015, he was a EU Commission Marie Curie Fellow at Tsinghua University, Beijing China to research on “European Energy Market and Competition Law in a Globalized World” Slovak and Hungarian native speaker, he is fluent in English and has basic knowledge of German and French. Last

Competition Law and Trade in Energy vs. Sustainable Development: A Clash of Individualism and Cooperative Partnerships?

Building in the Light of Private Law Principles

Some Comments on Contractual Freedom in Labour Law

Good Morals in the Legal Culture of Central Europe