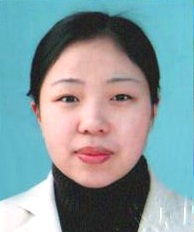 WAN Lili is a Fellow at gLAWcal – Global Law Initiatives for Sustainable Development and was a EU Commission Marie Curie Fellow and Visiting Scholar (2014-2015) at gLAWcal – Global Law Initiatives for Sustainable Development in the framework of the People Programme (Marie Curie Actions) of the European Union's Seventh Framework Programme (FP7/2007-2013) under REA grant agreement n°269327 Acronym of the Project: EPSEI (2011-2015) “Evaluating Policies for Sustainable Energy Investments: Towards an Integrated Approach on National and International Stage”. Since 2013, WAN Lili has been a Ph.D student from the Environmental Law Institute, Wuhan University. From 2003 to 2006, Wan Lili studied in Southwest University of Political Science and Law and majored in Environmental Law as a postgraduate with a thesis on “China’s Water Rights Study” From 1999 to 2003, Wan Lili studied in Law School of Shanxi University of Finance and Economic and majored in Law as a undergraduate, with a thesis on” Base Attribute of Economic Law”. Her publications are as follows: “Environmental Legal Control of Shale Gas in US”, published in the Journal of China University of Political Science and Law, 6 - 2015; “The US Shale Gas Property System”, published in Journal of China University of Geosciences (social sciences edition), 3 - 2016; “The Renewable Energy Development Comparison of China and US”, published in 2013 Annual Meeting of Environmental Law Collected Papers; “Presumption of Causal Relation about Pollution Crime”, published in Modern Media, 4 - 2011; “The Relations about Animal Subsistence Right and Human Health Rights”, published in Modern Media, 6 - 2011; “Analysis Crime Constitutions of the Larceny”, published in Grand Sight Journal, 11 - 2011. During research period within the EPSEI project, she worked on a paper on “China Prevention and Control of Haze Weather and Air Pollution and Learn from the UK Experience”. She hopes the research work will produce recommendations to face the China air pollution. Chinese native speaker, she is fluent in English.