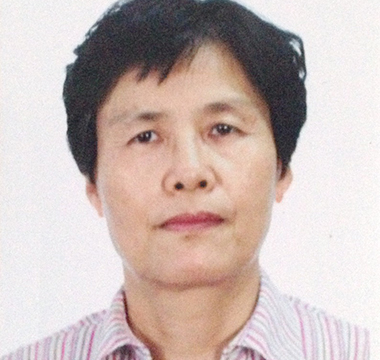 WANG Ling is a Fellow at gLAWcal – Global Law Initiatives for Sustainable Development and was a EU Commission Marie Curie Fellow and Visiting Scholar (2014-2015) at gLAWcal – Global Law Initiatives for Sustainable Development in the framework of the People Programme (Marie Curie Actions) of the European Union's Seventh Framework Programme (FP7/2007-2013) under REA grant agreement n°269327 Acronym of the Project: EPSEI (2011-2015) “Evaluating Policies for Sustainable Energy Investments: Towards an Integrated Approach on National and International Stage”. Wang Ling is a Senior Researcher at the School of Public Policy and Management of Tsinghua University with research projects on “China’s Energy Policies and Strategies for Sustainable Energy Development”, funded by Tsinghua University in Beijing. Wang Ling is also a Senior Researcher at the Center for Environmental, Natural Resources & Energy Law of Tsinghua University (THCEREL) with research projects on “The Relations between Energy Policies and Energy Law of China”, funded by Delta Environment and Education Foundation. She obtained her Bachelor Degree (1975-1979) in Civil Engineering from Lanzhou College of Architecture and Technology with a thesis about “The History of Chinese Civil Engineering Technology”. From 1979 to 1988, she worked as Laboratory Assistant at the Beijing Institute of High Energy Physics. From 1988 to 1991, she continued her studies to earn a Master Degree in Architecture at the School of Construction Management, Shandong University with a thesis about “Housing Affordability toward a Sustainable Society”. After her graduation from Shandong University in 1991, she spent two years as a Technician in Beijing Urban Construction Group. In 1992, after she became a Registered Constructor, she dedicated her career to the construction management area as a Director Designer of Beijing Urban Construction Group and 1996 she became a Senior Engineer. From 1999 to 2001, she was Research Team Member at the School of Construction Management, Northern Jiaotong University where she worked as an Associate Professor. In the year 2001, she joined the Research Team of School of Construction Management, Tsinghua University. In 2005, she became a Senior Researcher at the School of Public Policy and Management, Tsinghua University and since 2014 she became Part-Time Research Team Member of THCEREL. As one of the Chinese leading scholars in the field of Construction Management, in 1999 she became one of the Standing Directors of China Civil Engineering and in 2005 of the Architecture Society and China Construction Association. In 2006, she was selected as one of the Members of the Expert Committee of Construction Contract Bonding System and Management Division of China Construction Industry Association. Her main research areas of interest are Construction Management, Sustainable Development and Project Life-Cycle Management. During last 30 years, she implemented several projects as Principal Investigator such as the “Housing Affordability, Sustainability and Energy Policy in Chinese Cities” and “The Greenness of Cities: Carbon Dioxide Emissions and Urban Development in China”. Chinese Native Speaker, she is fluent in English.