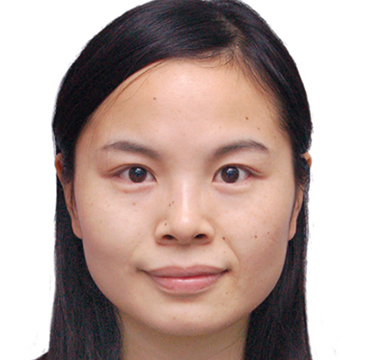 Ms. Pan WU is a Fellow at gLAWcal – Global Law Initiatives for Sustainable Development and was EU Marie Curie Fellow and Visiting Researcher (2016 – 2017) at gLAWcal – Global Law Initiatives for Sustainable Development in the framework of the People Programme (Marie Curie Actions) of the European Union's Seventh Framework Programme FP7-PEOPLE-2012-IRSES under REA grant agreement n°317767, Acronym of the Project: LIBEAC (2011-2016) “Liberalism In Between Europe And China - Assessing the Socio-Cultural and Politico-Legal Dimensions of the Differences in Terms of Interpretation and Enforcement of Economic, Social and Environmental Rights in Europe and China”.

Ms. Pan WU is also a Doctoral Student at Peking University, School of Government (Beijing, China). She has finished her first year’s compulsory courses in July 2016 and passed the qualification test of PhD candidate in September 2016.

In 2008, Pan WU was admitted into School of Government, Peking University by her performance in the National College Entrance Examination, her major was politics and public administration and got her Bachelor’s Degree of Laws in 2012.

From 2012 to 2014, she was a graduate student at Zhejiang University, School of Public Affairs, where she achieved high marks for her course work and her dissertation, ‘On the liberal Perfectionism of Joseph Raz’. After graduation, she worked in Ningbo Academy of Governance as a lecturer in politics for one year (2014 to 2015).

Pan Wu’s work has included the study of the influence of British thought in China, modern Chinese intellectual history, and contemporary political philosophy. She has already published an article “Should the State Aim for Good? The Liberal-Neutrality Turn of Political Philosophy” in Journal of History of Political Thought. Vol. 7, No.2. For doctoral dissertation, she intends to study the work of the twentieth-century political scientist H. J. Laski and the twentieth-century economist and philosopher F. A. Hayek. She will be focusing on Laski and Hayek’s influence on modern Chinese liberalism.

She is a native speaker of Mandarin Chinese and is fluent in English.