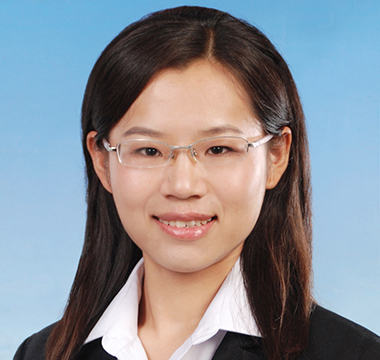 Ms. Xiaohong XU is a Fellow at gLAWcal – Global Law Initiatives for Sustainable Development and was a EU Commission Marie Curie Fellow and Visiting Scholar (2015 - 2017) at gLAWcal – Global Law Initiatives for Sustainable Development in the framework of the People Programme (Marie Curie Actions) of the European Union's Seventh  Framework Programme FP7-PEOPLE-2012-IRSES under REA grant agreement  n°317767, Acronym of the Project: LIBEAC (2011-2016) “Liberalism In Between  Europe And China - Assessing the Socio-Cultural and Politico-Legal Dimensions of  the Differences in Terms of Interpretation and Enforcement of Economic, Social and  Environmental Rights in Europe and China”.

She is working on a topic on Multiculturalism in the UK. Her advisors are Prof. Timothy Garton Ash, the director of the European Studies Center, and Prof. Michael Freeden, the Emeritus Professor of Politics. At gLAWcal, her advisor is Prof. Paolo Davide Farah.

From September, 2009 to July, 2011, Xiaohong studied Political Philosophy in Peking University and got her Master’s Degree in Law. Her thesis was on Thomas Carlyle’s Theory on Hero Warship. During this period, she was assigned as teaching assistants of several courses, including Political Philosophy, On Western Political Thoughts, Introduction of Politics, etc. In November, 2009, Xiaohong was invited as an academic visitor in Department of Political Science, National Taiwan University.

In July, 2009, Xiaohong got her Bachelor’s Degree of Law in Peking University. Her thesis topic was on the Governance of Chinese Communist Party.

She is a native speaker in Mandarin, and fluent in English as well.