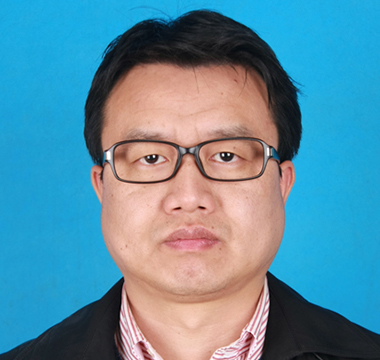 Dr. ZHANG Xiang, PhD is a Fellow at gLAWcal – Global Law Initiatives for Sustainable Development and was a EU Marie Curie Fellow and Visiting Scholar for one year (2015-2016) at gLAWcal – Global Law Initiatives for Sustainable Development in the framework of the People Programme (Marie Curie Actions) of the European Union's Seventh Framework Programme FP7-PEOPLE-2012-IRSES under REA grant agreement n°317767, Acronym of the Project: LIBEAC (2011-2016) “Liberalism In Between Europe And China - Assessing the Socio-Cultural and Politico-Legal Dimensions of the Differences in Terms of Interpretation and Enforcement of Economic, Social and Environmental Rights in Europe and China”. Dr. Zhang Xiang works as Associate Editor in Chief of “REMAPPING” collection, which is sponsored by Tsinghua Institute of Advanced Study in Humanities and Social Sciences (TIAS) and published in Social Sciences Academic Press, since September 10, 2014. At that time, Dr. Zhang Xiang was a postdoctoral researcher in School of Public Policy & Management, Tsinghua University with a research on Opinion Supervision in Contemporary China. He has become an Associate Professor in Capital Normal University and has a part-time job as the Associate Editor in Chief of REMAPPING collection in TIAS since September 15, 2015. His research is focusing on History of Chinese Thought, Contemporary Chinese Literature and Chinese Media Supervision. Dr. Zhang Xiang has been Principal Investigator of 3 relevant projects concerning History of Chinese Thought and Literature, and Chinese Media Supervision, such as: 1) “Studies on Kang Youwei’s Thought of ‘Establishing Kongjiao on DATONG’”, sponsored by the National Social Science Fund of China; 2) “Studies on the Literature Current of Restate the Twentieth Century China”, sponsored by Zhongxin Academic Fund; 3) “Studies on Media Convergence”, sponsored by Institute for Culture Studies, Capital Normal University. Through above research activities, Dr. Zhang had published more than 20 academic papers. Dr. Zhang had ever been an Editorial writer of 21 Century Business Herald, the most famous economic daily in China, written more than 500 economic or political review articles from July 2001 to March 2013. He had also been the Executive Editor of China Economy, a monthly magazine, in this period. Dr. Zhang earned a Bachelor Degree in Chinese Literature from Xiangtan University (1992-1996), and a Master Degree in Literary Theory from Peking University (1998- 2001), a PhD in Chinese Contemporary Literature from Tsinghua University Humanities School (2006-2012) and a Post- doctoral Degree from Tsinghua University School of Public Policy and Management (2013-2015). Chinese native speaker, he is fluent in English.