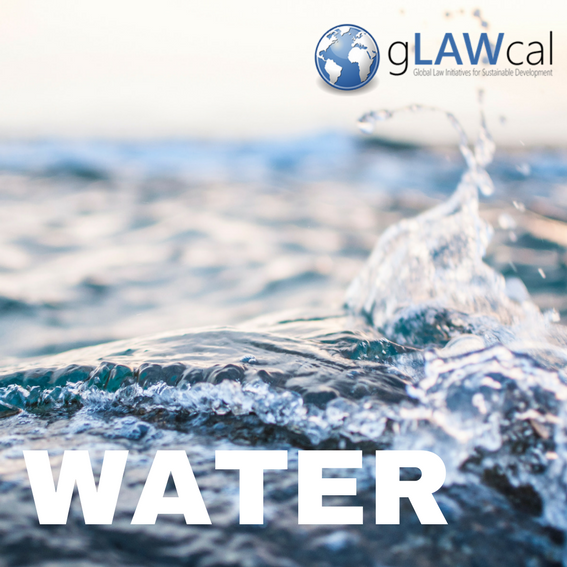 Ever wondered about the right to water in China? Roberto Soprano has some answers

The issue of water scarcity might create tensions in the society as well as open old wounds and fuel conflicts. China is fighting its own war with water scarcity and in order to address this issue properly, it needs to balance multiple related issues. Roberto Soprano in his chapter “China and the Recognition and Protection of the Human Right to Water” in the book “China´s Influence on Non-Trade Concerns in International Economic Law” looks at the water-related issues in China through the lens of human rights, specifically through the lens the human right to water, elements of which might be found not only in non-binding declarations, but also in binding international documents. China was among the States which supported the United Nations' resolution on the human right to water, which demonstrates China’s declared interest in this matter. Even though China does not explicitly recognize the right to water in its constitution, it has nevertheless adopted laws and regulations in this regard to address multiple problems associated with water-related issues. Polluted water sources, progressing desertification and imbalance in the access to water between rural and urban population represent only some of the issues China is facing in this respect. Huge projects aimed at bringing water to cities, such as the South-North Water Diversion Project, bear the burden of relocating huge numbers of residents of rural areas into different parts of the country or relocating the stream of other rivers. Similarly, transferring the water from Tibetan Plateau to China´s Eastern cities has a potential of deepening the tensions in the Tibet region and, eventually, with China´s regional neighbours, such as India. The attempts to solve water-related issues thus bear the risk of opening the Pandora box of unintended consequences. Hence, the Chinese government needs to be especially careful when solving water-related problems and balancing often competing interests. As a country which supported the human right to water at international level, it is expected that China will lead by example also at national level.