Can National Champions Become an Issue? 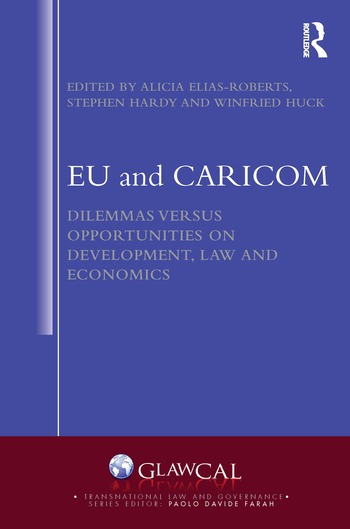 Would the world be different if National Champions did not exist?

National Champions are a very important pieces of the economic puzzle. This might be the case, but it is also possible that these large corporations, otherwise known as National Champions, can become an issue. The issue can be as “small” as pushing competitors away, or even out of business, but they can also be as “large” as negatively affecting sustainable development goals (SDGs). When the monopolies are temporary, the monopolies and national champions can be essentially harmless. However, when the market dominance or the monopoly last for a decent amount of time, the National Champion can do some damage. For instance, National Champions might leverage their strength and strong position in domestic markets to expand to other markets with less competitive market players. If this happens, then the company could essentially “take over” the markets in other countries, which could create a monopoly. The biggest issues, and negative impacts on SDGs, lies in countries that are smaller and developing. Developing countries do not have much control over their economies, if there even is an economy, so it is rather difficult to control the effects of these large, powerful national champions. Economic injustice, lower quality of goods for consumers, and higher prices can all easily happen in these small, developing countries. These countries are already struggling to make things work and get things going the right way, national champions can only make it worse. If there is no competition to drive prices down, and the products are badly or poorly made, these countries will be paying a lot of money, that they do not have, to buy products that will not last. In these countries, a monopoly could lead to a loss of welfare for the entire society. Ideally, National Champions are created in order to support policies that are in line with the SDGs, but this is not always the case. It is easily questionable whether the creation of National Champions leads to increased competitiveness and sustainable development, and whether these goals are achieved by the creation and preservation of monopolies or whether such policies may be detrimental to these goals. If there is no competition, things can go south, and very quickly. Competition is incredibly important to economies, so competition advocates come together in order to propose ways to promote competition and improve economic governance. Competition law, although indirectly, supports sustainable development. Competition law also seeks to support greater equality by facilitating economic growth while helping to eradicate poverty. In fact, mergers, abusive practices, and co-operations of companies can be blocked if specific SDGs are under threat as a result of a given project. Another issue that might arise from National Champions is that of conflicts of interest. It is entirely possible that those who have a stake or some sort of control in these large companies and corporations can become involved with the state. Although it is evident that National Champions could easily cause problems, they are still an extremely important part of the world. Some countries would be much different if were not for these companies having as much power as they do. It is possible that the world, and certain states, would be much different if National Champions did not exist.

Will China be able to feed itself?

From Economic to Sustainable Understandings

The Anthropocene and the City: Some Considerations Around a New Era

A transition toward a more sustainable future

China's Reserves of Shale Gas and Their Importance

For the protection of our common earth and for human progress: The International Environment Fund

The Development of Global Justice and Sustainable Development Principles in the WTO Multilateral Trading System Through the Lens of Non-Trade Concerns: An Appraisal on China’s Progress

The Habitats Directive and Public Participation Rights in Environmental Matters

Consumer Behavior and Sustainable Development in China: The Role of Behavioral Sciences in Environmental Policymaking

The values of the environment in present capitalist transition: the role of geography

European Union and Non-Trade Concerns in the World Trading System