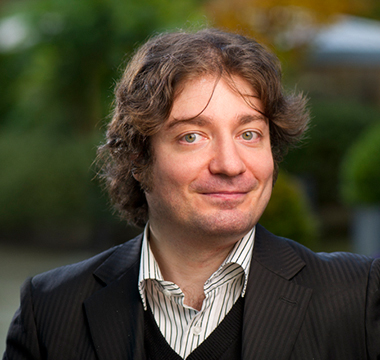 He is an Associate Professor(with tenure) at West Virginia University, Eberly College of Arts and Sciences,John D. Rockefeller IV School of Policy and Politics, Department of Public Administration, having joined the faculty in 2014.

He has variously taught classes in different institutions on public international law, international economic law and WTO law, European Law, Comparative law, and Chinese law in Italy (2003-2011), in the UK as Senior Lecturer in Law – Associate Professor(2012-2014), USA and China as Visiting Professor (since 2008).

He was a Visiting Scholar(2011–2012) at Harvard Law School, East Asian Legal Studies Program. AsScientific Director, since 2006, he has been coordinating the Summer Law Institute in China – Executive Education Training Program (www.summerlawinstitute.com) held in China. He was an International Consultant and Legal Advisor for projects implemented for the United Nations Development Program(UNDP), for the Italian Ministry of Economic Development and Commerce and for the OECD. He has previously worked at the Legal Affairs Division of the World Trade Organization in Geneva and was an Associate Lawyer of Baker &McKenzie Law Firm, Milan, Italy.

He graduated with a Maitrise in International and European Law from Paris Ouest La Defense Nanterre University (France), LLM in European Legal Studies from the College of Europe in Bruges (Belgium) and a Dual PhD in international law from Aix-Marseille University(France) and University of Milan (Italy).

For further information, please visit the following blogs, websites and social networks at:

Trade in Clean Energy Technologies: Sliding from Protection to Protectionism through Obligations for Technology Transfer in Climate Change Law, or Vice Versa?

Competition Law and Trade in Energy vs. Sustainable Development: A Clash of Individualism and Cooperative Partnerships?

European Union and Non-Trade Concerns in the World Trading System

EU Energy Cooperation and Natural Gas in the Levant Basin: Assessing the Role of the Mediterranean Energy Regulators' Association

Le rôle de la Chine et de l’OMC dans le développement des Considérations Autres que Commerciales pour régler le commerce mondial de façon plus juste et durable (The Role of China and of the WTO for the Development of the Non-Trade Concerns to Regulate the World Trade in a More Just and Durable Way) in Laurence Potvin-Solis, Market Economy, Rights and Freedoms, and Common Values in Europe and Asia, Publications of the Jean Monnet Chair of the University of Lorraine, Metz, France (2012).

Internationalization of the Market, Dumping and State Aids: The EU Position and the Trade Defense Measures for the Enterprises

Regulation and Prospects of the Shale Gas Market in China in Light of International Trade, Energy Law, Production-Sharing Agreements, Environmental Protection and Sustainable Development: A Comparison with the US Experience

The Energy in the Context of the WTO Agreements: Subsidies for the Renewable Energy and the OPEC Practice of Control of the Price

The Chinese Economic Competition and the WTO

China and WTO: Chinese Cultural Traditions in the WTO Context

Foreword to Pasi Heikkurinen (edited), Sustainability and Peaceful Coexistence for the Anthropocene

Claudio DORDI (edited), THE ABSENCE OF DIRECT EFFECT OF WTO IN THE EC AND IN OTHER COUNTRIES, The Interuniversity Centre on the Law of International Economic Organizations (CIDOIE), Giappicchelli Editore, Turin 2010, pp. 323-330. ISBN 978-88-348-9623-5

The Development of Global Justice and Sustainable Development Principles in the WTO Multilateral Trading System Through the Lens of Non-Trade Concerns: An Appraisal on China’s Progress

Energy: Policy, Legal and Social-Economic Issues Under the Dimensions of Sustainability and Security

WTO and Renewable Energy: Lessons from the Case Law

Offshore natural gas resources in the eastern Mediterranean in relation to the European Union: a legal perspective through the lenses of MedReg

China’s role and contribution in the global governance of climate change: institutional adjustments for carbon tax introduction, collection and management in China

National Energy Policies and Energy Security in the Context of Climate Change and Global Environmental Risks: A Theoretical Framework for Reconciling Domestic and International Law through a Multiscalar and Multilevel Approach

A Comparison between Shale Gas in China and Unconventional Fuel Development in the United States: Health, Water and Environmental Risks

A comparison between Shale Gas in China and Unconventional Fuel Development in the United States: Health, Water and Environmental Risks. Brooklyn Journal of International Law, Vol. 41, No. 2, 2016, pp. 579-655.

Five Years of China WTO Membership: EU and US Perspectives About China's Compliance With Transparency Commitments and the Transitional Review Mechanism

Energy Trade and the WTO: Implications for Renewable Energy and the OPEC Cartel

A Comparison Between Shale Gas in China and Unconventional Fuel Development in the United States: Health, Water and Environmental Risks

China's Belt and Road Initiative and Geopolitics in Eurasia: Cooperation in Energy, Infrastructures and Sustainable Development and the Role of the Chinese SOEs and the WTO

Hydraulic Fracturing: From the United States' Experience to the Legal Framework in the European Union and the Member States

Ecological Civilization: the Path for a Beautiful China

Law and Culture: Judicial Independence and Professionalism in the Chinese Legal System

Challenges and Opportunities in the Water-Energy-Food Nexus

Transparency and Accountability for Experts and Policy-Makers: China as a Case Study

The Presidency of the Council of Ministers, Rome, Italy

China's 'One-Belt One-Road' and Geopolitics in Eurasia: Cooperation in Energy and Infrastructures

China's Contribution to the Global Governance of Climate Change

Global Energy and Environmental Cooperation in between Europe and China

China as New Strategic Actor in the United Nations System

Shale Gas in China and Unconventional Fuel Development in the USA

Sustainable Development and Global Justice: The Case of China

Toward a Green Economy

The Interplay among Trade, Environment, and Health and the Prospects for the New WTO Members: China as a Case Study

Relations among climate change, trade and energy toward sustainable development

The Shale Gas Development in China

Energy Trade and the WTO

Special Considerations for Foreign Plaintiffs in IP Litigation in China

The North-South Divide regarding Intellectual Property, Biodiversity and Traditional Knowledge and the Implications for Food Security: A Focus on Indigenous People and Farmers’ Rights

Competition Law in Energy vs. Sustainable Development: A Clash of Individualism and Cooperative Partnerships?

Can Discourses produce Reality? Politics of Environment and Environment of Politcs in China

China's “One-Belt One-Road” and Geopolitics in Eurasia: Cooperation in Energy and Infrastructures

Civil Society and National, Bilateral & Multilateral Instruments towards “Non-Trade Concerns” to Stem the Excesses of Globalization

Faculty of Law of the University of Macau (Building E32), Room G020

The Interface Between Intellectual Property and Competition Law